Ainhoa Redoubt and Bridge at Amotz 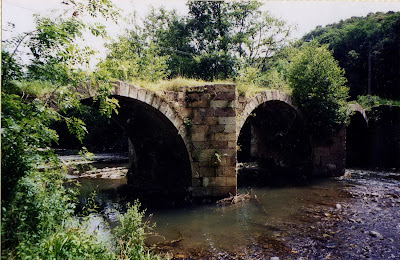 At last a dry, if cloudy, day. We decided to explore the area from the bridge at Amotz to the redoubts above the . This bridge spans the river Nivelle and carried the only lateral communications between the left and right sections of the French army. 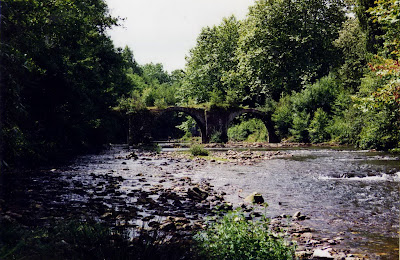 Today the bridge is closed to motor traffic and overgrown with grass and weeds. Despite this it is apparently still used by local farmers. It is set back from the main road and was quite difficult to find. We parked near the old bridge, crossed over the river Nivelle and began our search for the original road to Ainhoa. We followed the obvious road, but found it led us in the wrong direction. Returning to the bridge we found a dirt road leading towards Ainhoa. It was quite clear of weeds and presumably used by local farmers.

The deeply rutted track led sharply uphill from the river and followed the crest of the hill towards Ainhoa. Looking back there were impressive views of The Rhune. Whilst the Light Division stormed the Rhune, ’s Third Division took the line of redoubts on the hills overlooking Ainhoa and protecting the road over the bridge at Amotz 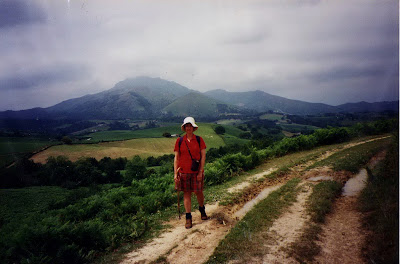 Although overcast it was very hot and though well used to walking in we found it quite hard going for the four or five miles from the bridge to the main redoubt overlooking Ainhoa. 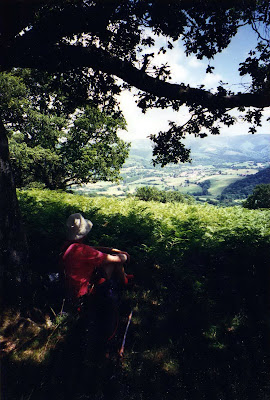 It was quite difficult to find the redoubt. All were completely overgrown and really just grassy depressions. It was only when we realised that most were surrounded or covered by trees that we finally found what I think was the main one. Once the general area was located it was easy to find the shape of the redoubt, and we were grateful for the shade provided by the trees. 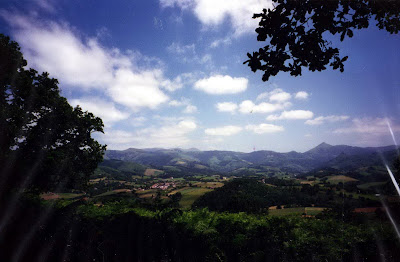 This is the view from the top of the redoubt looking down on Ainhoa (the village left of centre). It provides a commanding view of any approach from the valley, and long views over the distant Pyrenees.

Posted by paul leniston at 7:23 AM