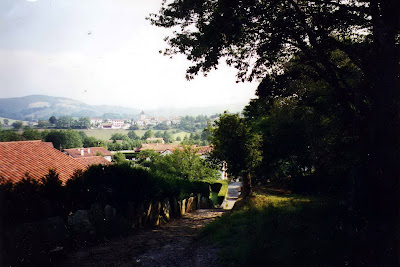 We woke to clear blue skies and studied our maps over breakfast outside the Gite. We could see from our map that there were a number of redoubts around Sare which formed part of Soult’s defensive positions. One in particular, Ste Barbe, seemed to be very close to the Gite. We decided to spend the day exploring the area and try to find the redoubt 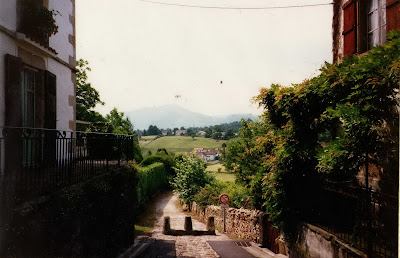 We walked into Sare along this old cobbled Roman road. It is now a pretty minor road from Hembiscaye to Sare, but it must originally have been the main road from Vera (in ) to Sare (in ). I have no idea whether it was so in 1813, but it seems very likely. Especially as Ste Barbe redoubt proved to be close to this road. 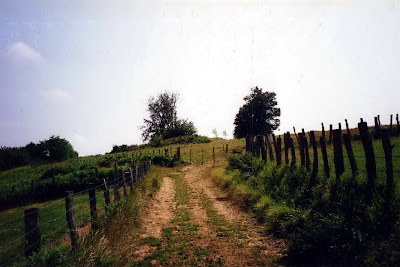 Walking back to the Gite from Sare we found this track leading to a small mound. On further inspection this proved to be Ste Barbe redoubt. On 8 October 1813 the advancing Spanish troops of ’s army drove out the French detachment holding the redoubt. Soult ordered a counter attack and the redoubt was retaken by the French, who also build a barricaded the road leading to Sare. The redoubt, and Sare itself, would be retaken by ’s Fourth division the following month during the battle of the Nivelle 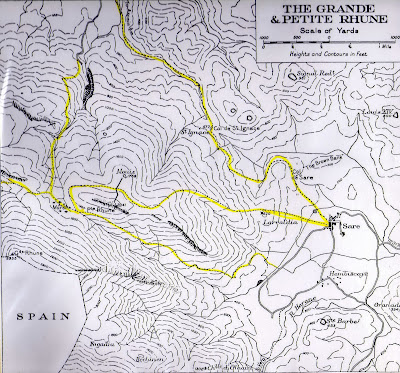 The redoubt can be seen at the bottom right of this detailed map of the area. The is only half a mile away. 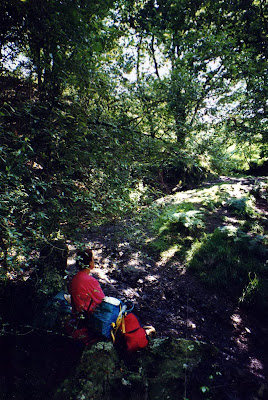 The redoubt itself is overgrown with trees, which we found was not unusual in this area. It has been of no military, or indeed any other, value since November 1813 and is probably completely unknown to anyone other than local land owners and Napoleonic wargamers/historians. However it does provide a very pleasant place to sit on a warm summer day. We spend an hour or so reading “, the Bidassoa & Nivelle” by F C Beatson which provides a very detailed account of the fighting for the redoubt and for Sare itself.

From the redoubt there is an excellent view of The Rhune. The collection of buildings is the hamlet of Hembiscaye, including our holiday Gite. 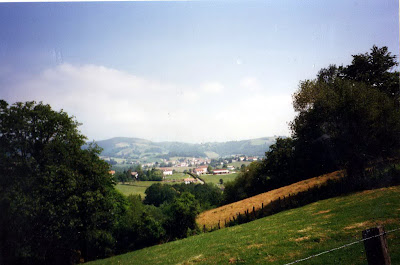 This is the view of Sare from Ste Barbe redoubt. It is obvious why Soult found it necessary to recover and secure the redoubt from Wellington’s Spanish allies.

Posted by paul leniston at 5:02 AM